I heard in late August 2021 that Omar Abdullah was killed in the unrest that is occurring in Ethiopia. I did not learn of any details but he was an embasa--a lion--and no doubt he was there defending his family and lands. He was an amazing guy that I got to know over the years working in the Afar with the Ledi Geraru Project. Others knew him better. I appreciated him very much. He was from the Hadar woreda--administrative area--but we gave him a special title: "camp specialist" so we could keep him employed even when we were working in other areas with other Afars. Even the other Afars grew to appreciate him and his sense of humor. 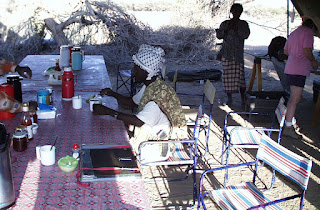 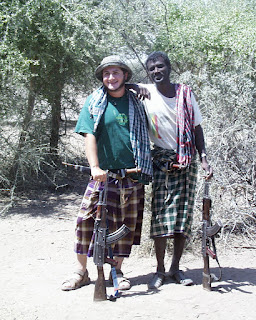 Here are two pictures from 2002 (along with Mark Jakofsky). We can appreciate Omar's sense of fashion and poise.

Omar had a great sense of humor. There is a drainage called "Fat Ha'". It means big mouth in Afar. As Omar said, "like me!" He was also fascinated with our western scientist lives. He called himself "Black American." He was very friendly and happy to solve problems for the success of the project. 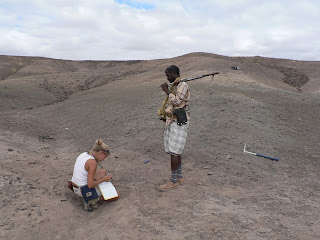 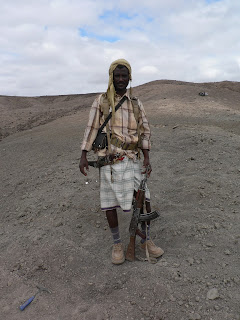 2006 pictures including Erin DiMaggio--she and I had lots of fun with Omar over the years!

We probably will not be back to Ethiopia and the Afar for a while sadly given the unrest. It will be very sad when we do and we really feel the loss of Omar (and probably others of our Afar friends). May he rest in peace. He always wanted me to bring him a small radio I think so he could listen to music while he waited for us to our work. I regret never quite getting around to that. 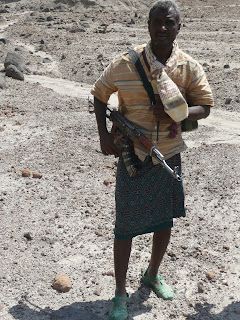 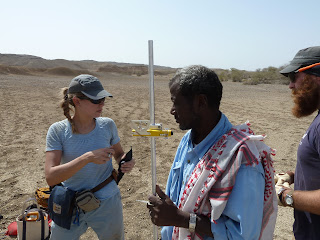 2009 and 2012 pictures including Erin DiMaggio and Matt Jungers.
Posted by J Ramón Arrowsmith at 12:46 PM